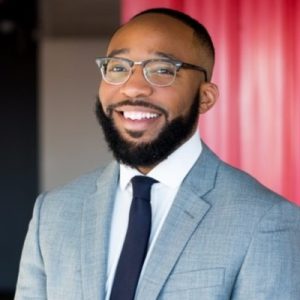 Ryan (he/him/his) has spent his career working to ensure that every student, particularly those from historically marginalized communities, has access to an equitable education.

Prior to joining Kindred, Ryan served as the Associate of Communications and Partnerships at Education Forward DC, a grantmaking organization focused on fostering a city of high-quality, equitable public schools for every DC student and family. In this role, he supported the organization’s fundraising and communications efforts. Prior to that, he served as Director of Member Services and Initiatives at the Regional Business Council, a membership-based organization focused on business, civic, and philanthropic affairs for the betterment of the St. Louis region, where he worked with the region’s top business leaders to advance the organization’s education reform and diversity and inclusion efforts. Originally from the Chicagoland area, Ryan began his career as a high school English teacher in St. Louis, Missouri with Teach For America, after which he served as the founding Blended Learning Instructor at KIPP Inspire Academy.

Ryan graduated from DePauw University with a B.A. in Sociology and Anthropology and a minor in English Literature and received his Master’s in Secondary Education from the University of Missouri.

Ryan currently lives in Washington, DC and enjoys cycling around the city and trying new restaurants.