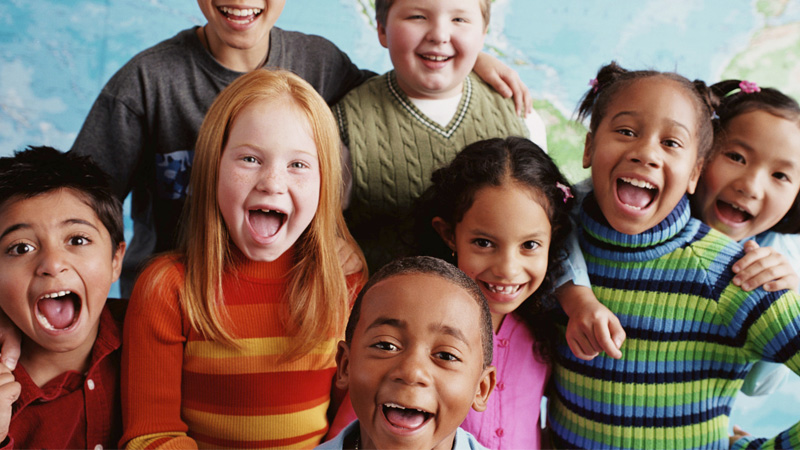 The study offers initial data validating Kindred’s model, based on the premise that parents’ participation in activities such as dialogue groups and taking collective action will change their beliefs, values and networks, especially as related to building empathy and valuing diversity. This, in turn, expands and diversifies their social capital networks and available resources to support their children, ultimately helping to improve student outcomes.

“What we are learning has the potential to transform the experiences of students and their families in our elementary schools,” said Laura Wilson Phelan, founder and executive director of Kindred. “The dialogue groups brought together a diverse group of parents from different backgrounds and allowed honest conversations about race, inequality and the ways that parents can come together to support all students in their child’s school. These conversations had the effect of influencing their beliefs and values, something that is humbling for me as an educator and parent.”

The survey results and focus groups revealed a strong connection between Kindred’s activities and parents’ subsequent thinking and behaviors. According to Urban Institute, parents reported growth in empathy, indicated through improved ability to imagine what it’s like to be a parent of a different race or class at Marie Reed, understanding others’ feelings and assumptions, and identifying how their assumptions affect their behavior.

Kindred is focused on addressing the “Parent Gap” and bringing about better learning outcomes and educational opportunities for all children. Its underlying assumption is that when there are opportunities for diverse sets of parents to discuss their identities, histories and aspirations for their children, they build empathy, increase the importance of diversity in raising their child, and develop their advocacy knowledge and skills.

“It was inspiring to see parents, regardless of background, start sharing resources in an effort to both support their own child’s development, as well as work collaboratively to close the opportunity gap at their child’s school,” said Wilson Phelan. “This is exactly what we were striving to build — an experience that proves what is possible when parents work together across lines of race and class to improve outcomes for all children.”

Urban Institute concluded that Kindred’s dialogue groups have proven to be a positive and transformative experience for parents in reducing the Parent Gap. “Marie Reed Elementary School is very proud to open its doors and believe in Kindred’s initiative,” said Katie Lundgren, principal at the school. “Our parents expressed a renewed energy in working together to support the success of all children at Marie Reed. They understand better their responsibility in doing something about educational inequity at the school.”

Although Kindred is off to a good start, further research into the impact of its model presents an opportunity to understand the potential of building diverse parent coalitions to address enduring opportunity gaps in student experiences and outcomes. In the 2017-18 school year, Kindred launched programs in two additional elementary schools. The program will seek to expand to 5-6 additional schools each successive year in DC and beyond.

For press inquiries, contact Laura Wilson Phelan at laura@kindredcommunities.org.
For the full text of the study click here.

For more information on Kindred Communities and how to support its activities, please visit
www.kindredcommunities.org.

About Kindred
Kindred is a nonprofit organization in Washington, DC, focused on addressing the gap in social networks between parents of different racial and socioeconomic backgrounds or the “Parent Gap.” Founded in 2016, Kindred builds trusting relationships between parents of diverse backgrounds and supports them to work with school leadership to drive equity and diversity in their schools and communities. Through dialogue, they build empathy, increase the importance of diversity in raising their child, and share resources to support their own child’s development
and help close the opportunity gap at their child’s school.

About Urban Institute
The nonprofit Urban Institute is dedicated to elevating the debate on social and economic policy. For nearly five decades, Urban scholars have conducted research and offered evidence-based solutions that improve lives and strengthen communities across a rapidly urbanizing world. Their objective research helps expand opportunities for all, reduce hardship among the most vulnerable, and strengthen the effectiveness of the public sector.

A Parent-Driven Movement For Equity In Education

As cities gentrify and schools diversify, PTOs grapple to ensure all parent voices are heard